The itch to travel

I looked up in the sky and I managed to count 9 contrails (the white lines left behind by planes) in the sky. I was driving near Schiphol airport, one of the busiest airports in Europe. I started thinking about all the people on those planes who were going on holiday. At this time of year most people head to the mountains for skiing and snowboarding. I on the other hand long for some time spent in a sunny location where I could lounge on the beach, or else a bustling European city ready to be explored. 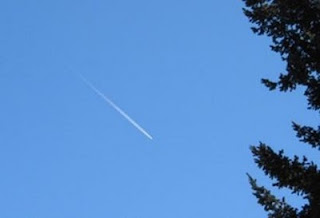 I'm looking forward to going back to the airport with my luggage packed for a week or two in another country. Luckily living on mainland Europe means that we can easily drive to a few other countries in a couple of hours. Somehow the feeling of going on holiday is most of the time only satisfied if I ride on a plane. I guess it has something to do with being raised on an island!

[Image Credits: Fantasy Sharks]
Posted by Cola at 9:00 AM