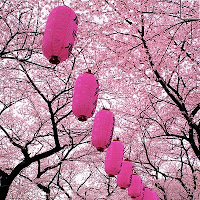 Certain events that happened last week in Japan, last month in New Zealand and other countries make me think if the Mayas are right about the 2012 doomsday!

Japan for me is a far away place which I don't know enough about and also don't know many people from there. However right now it's impossible not to feel a bit sad about the disaster that has struck there. It just makes you appreciate more what you have right now, right here.

There's a few things we can do to help but since everyone deserves a roof on there head and also everyday food, something that possibly we could do to help. I haven't yet found a Dutch organisation which is sending money to Japan however Junkaholique a fellow blogger who has family in Japan  indicates some locations for fund raising with the Japan Red Cross.

As to my friend D who claims he's the only Maltese person living in Japan, hang on in there!

[Image Credits: Foreign Policy Journal]
Posted by Cola at 8:50 AM