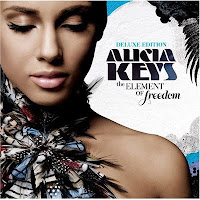 A few weeks ago we went to a concert of Alicia Keys for my belated birthday present. Her concert was a mix of up-beat songs as well as calmer songs which she played directly on the piano. One of her songs in her third album Unpluggedis Streets of New York has a special meaning to me and my boyfriend since it became popular just before we went to New York. Each time I heard it I imagined our trip and after the holiday I relived the memories of a very wet weekend in New York with local Maltese friends. The weekend we spent in New York was definitely one of the wettest weekends this year, I doubt there was another weekend in which a flood warning was released in all the New York state. Luckily friends took us out to one of their favourite bars (Tonic) which I had heard about several times!

Her voice is astounding and I would suggest you to try and see her live.

The video shows part of the song Streets of New York. The out-of-tune voice you hear in the background is my darling boyfriend's!