Camping in the Belgian Ardennes

A tradition was started last year; that of going for a camping trip in spring. I have to admit that I was never a camping fan, in fact I had never camped while in Malta. Why spend a night sleeping in an uncomfortable sleeping bag when home is just 10 minutes away? But being on mainland Europe changes that fact. I’m not the girliest of girls but the lack of electricity, comfortable beds and proper bathrooms wasn’t really something intriguing. What I discovered though is that at the camping site we were going to have electricity and there were proper common bathrooms. With this extra information I decided to join the fun.

This year we headed to the Belgian Ardennes which is a region of extensive forests and hills in Belgium, Luxembourg and also stretching to France. We planned to join some activities organised in the area. For the first time in my life I went abseiling and I actually managed to go calmly down a little cliff without any major panic attacks. This wasn’t all though. We also went zip-lining across the valley. I thought my arms were going to detach myself and my legs were shaky afterward but the adrenaline rush was great! 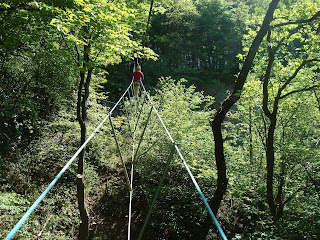 But what I liked best from these activities was canoeing down the river. The river was mostly calm and shallow however the current was moving us quickly. At some point my brother-in-law capsized. We all had a laugh at him, seeing that he capsized in the same spot a couple of years back. By this point I thought I was an expert until I saw a tree getting closer to me. Yes, you’ve guessed right, I also capsized and to add to the injury to my self esteem, my canoe went on by itself downstream! Luckily my man and some other random guy managed to get my canoe back and I continued paddling in my very wet clothes!

The long weekend came quickly and my opinion was changed. Camping can indeed be fun.

The moral of this story is that everyone should try out things that look scary, since most probably they’re a hell lot of fun as well! 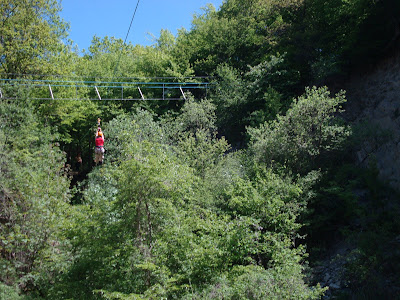