Six Years in the Netherlands

September 11 2011 marked my 6 year stay in the Netherlands. I didn’t write on the day since it happened to be also an important anniversary of a tragic event. But there was nothing tragic happening to me 6 years ago. I had just moved to Amsterdam, assuming that in 12 weeks I would be going back to Malta. Boy I was so wrong!


1st year: The year I was a tourist. When you start living in a new country, you have a feeling of being always on holiday. You go to work 5 days a week but on your free time you keep visiting new places, meeting new people, trying different foods. It passes quickly on certain weeks and slow when you start feeling homesick. The first few months pass so quickly. I was still absorbing all the autumn colours when all of a sudden it was snowing and my stint in the country was possibly coming to an end. I asked to stay longer at my position at work and the request was granted. This is how my 6 year journey started!

2nd year: The year I became fresh local. After a year in a country you don’t really feel like a tourist anymore. You are still meeting new people all the time and seeing new places but now I wasn’t getting lost at every corner and I could at least understand a few basic Dutch words that were thrown at me. Still I preferred to stick with the expats, my community of people who understood what it meant to be in a foreign country.

3rd year: The year I began to be Dutchified. Amsterdam didn’t feel foreign anymore to me. I was going around with my bike, not really steady but I was on it and I had friends by then which I knew for a couple of years. Routine was setting in, life was easy going.

4th year: The year I fell in love. This particular Dutch guy entered my life and the rest was history. The year went by quickly and in the meantime I learnt most of the train schedules between Amsterdam and The Hague.

5th year: The year I moved in with my boyfriend. This was an important year not only because it was my first experience at living with someone (apart from my family) but also because I moved from the city I had lived in for 4 years. Getting to feel foreign in my new city was an interesting experience which wasn’t always easy. Humans adapt really quickly though and slowly the city of The Hague became another comfortable and well known city to me.

6th year: The year I bought a house. Being a home owner was a wish I had in the past years, the time and money wasn’t always right but I got to take the plunge. I am now a mortgage owner which is disguised as a home. This year involved a lot of hard work but living in a house that you turned to a home is wonderful.

I’m now looking forward to what this 7th year in the lowlands of the Netherlands will bring along. 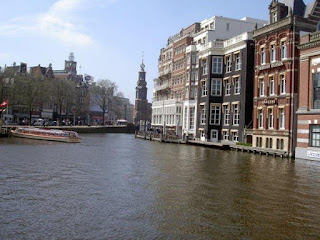