Last weekend was a work team building weekend spent at the coast of Oostende in Belgium. I have just started working with this company so for me it was great to be able to have time to get to know my new colleagues.

The team building activities consisting of dividing us in groups of around 10 people each and doing games on the beach. Some games where things I heard of before, such as human table soccer. Other games I had never heard of such as the A-walk, which involves moving a team member on a 3 metre high A-shaped wooden structure across the sand.

The games were really fun and my team managed to go through the games seamlessy. Most probably we were just lucky since most of the other teams had members who were hungover from the party of the night before. I never expected that we were going to come first. We won this huge trophy, the first I ever won in my life.

This weekend did help me to get to know the people that I'm spending so many hours with each week.

Did you ever went to these team building weekends? What do you think of them? 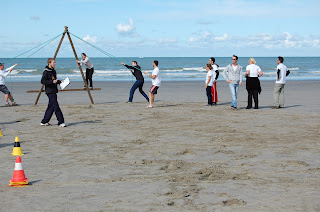 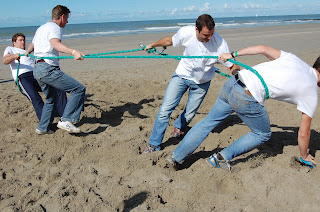 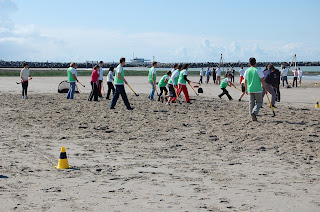 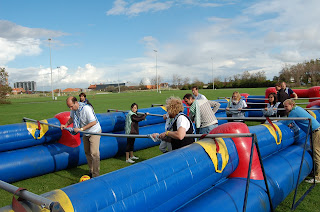 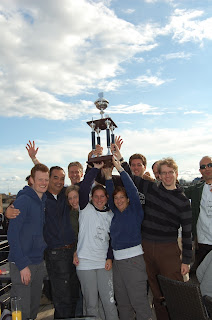