This week is turning out to be a Maltese full week. It started out with a reception at the Maltese embassy where I discovered that my friends and me are the oldies. Oldies not in age but in the length of our stay in the country. Ow well we weren't the youngest ones there either!

It was nice talking with other people with similar upbringing as mine who did a move to the same country as I did. All with different stories and circumstances that brought them here.

On this evening a decision was made to go to Coldplay concert that was going to take place in my city. The search for tickets started. A search that is always tougher when the tickets are sold out. We were lucky enough to buy tickets from other people who couldn't go and even more lucky that the tickets were  not fake or sold a couple of times over to other people!

Coldplay performed greatly and since I'm a fan I had lots of fun. Everybody was given an armband at the entrance that lighted up with the rhythm of the music. Mine however stayed off during all the concert, to light up only 2 days after the event! 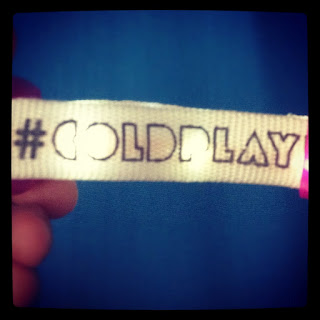 And tonight, there's another fun night planned with the group of Maltesers (as well as other nationalities). We've planned a slumber party, but that will definitely deserves a post by itself!
Posted by Cola at 11:09 AM