Serendipity is a propensity for making fortunate discoveries while looking for something unrelated.

I had been wanting to buy property for a number of years. Initially I was going to start looking for a sea view apartment in Malta, but moving away from the island meant that I would not really live in said apartment. Later on I had started looking for apartments in Amsterdam but due to lack of time I had continue renting. So slowly the years passed but the urge to buy a place remained there.

This year I started thinking that it was the right time, especially knowing that right now it's a buyer's market. So I studied different areas of The Hague and found the area that I wanted to live in. We started spending hours scanning places online and later we started visiting places. 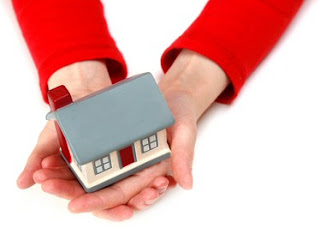 It was an open house day all across the Netherlands when we started ticking of the houses we wanted to view on the day from our list. While driving in the neighbourhood we located a house that wasn't on our list. This could have meant that it was either over our budget, it wasn't listed online or else I hadn't liked it. In the house I was desperately searching for the booklet with the price on the house on it since I was slowly falling in love with the place. When I did see the booklet I was a bit let down since it was above my budget, but the house was nice and a few hours later we both had a very good feeling about the place. After some calculations we noticed that we could afford the place and after more viewings we started the negotiations.

Fast forward a week and we bought the house! A nice big, bright, modern house in The Hague. This can only be explained as serendipity!