How to lose your BBQ

This is a story based on real-life incidents. 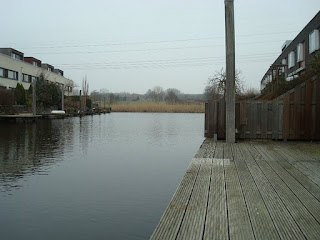 There was once a couple who owned a house with a lovely garden next to the water. The couple loved BBQ'ing in summer but rarely ventured out in the garden once it started getting cold. They did cover the bbq but never got around to storing it inside. They looked outside many times and pointed out that it should be brought in, but most probably they were too busy doing other things. With time they forgot about the BBQ out in the cold and rain, until after a stormy day they looked out and the BBQ was gone!

It was nowhere to be seen floating in the water. The BBQ was lost forever (or maybe till next summer when the kids jump in the water and bump into it).

The couple did think to put a fence after this incident but seeing as there are no kids yet they prefer to have the looks instead of the safety.

Will the couple be more careful in the future? I hope they do!!